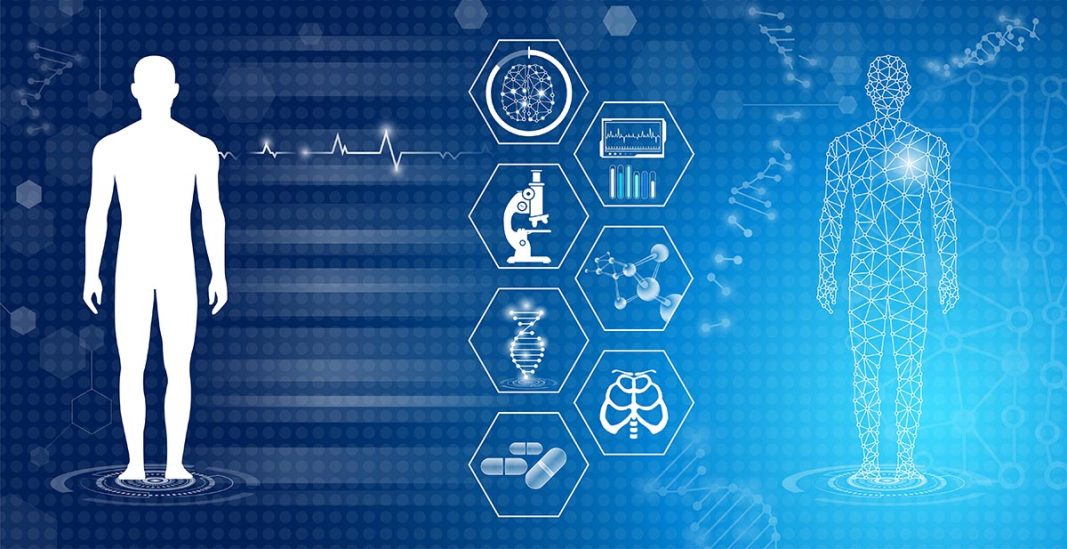 It’s Precedent — The Human Body is Subject to Property Law, which Enables a Digital DNA Right

The ramifications of the premise are of course transformative — imagine if all data associated with a person were owned by that person! It would substantially disrupt the data-driven ecosystems of Silicon Valley (and everywhere else). More importantly, individuals would regain control over their digital identity.

Since the premise starts with one’s power over his own personhood, let’s consider ownership of body parts. I was once told a couple of old stories about human appendages. In the first story, a woman lost her wooden leg during a flash flood. Some weeks later, the wooden prosthetic was located, but had been put to use at a saloon to steady a table. Confronted with the ownership claim by the woman and her husband, the saloon owner readily returned the property to its rightful owner.

This story is hardly surprising, as a wooden leg is easily understood as something that would have rights of ownership attached to it. Accordingly, leaving aside any human ethics or common courtesy recognition by the saloon owner when confronted by a one-legged woman demanding return of her leg, it also would have been readily appreciated that a found prosthetic belonged to someone else. And so, as a sign of respect for the notion of property ownership, the saloon keeper gave it back.

The other story involves a severed pinky. At a construction site, an accident led to the loss of limb; and while the victim was rushed to a doctor, a fellow worker retrieved the pinky and ice-packed it. Shortly thereafter, in another show of respect for ownership of a body part, the pinky was returned to its rightful owner.

Respect for ownership of one’s own body parts is usually a straightforward proposition. However, the advances of science and bio-medicine have created some complexity around the ownership question in certain use cases. Yet, the core issue of having ownership and decision rights regarding one’s own being remains sacrosanct. In an important medical research article into the ownership of human biological materials, Carlo Petrini revealed the evolution of the law. His research is briefly explored here to illustrate that the law uniformly respects ownership over one’s identity.

Body Parts Can Be Property

In an article for the National Center for Biotechnology Information, and published in the National Library of Medicine, under the National Institutes of Health (NIH), Carlo Petrini surveyed the ownership question, first observing:

[The question is complex concerning] a person’s ownership of his or her own body [with] an ample output of literature, including the philosopher John Locke, according to whom, “every man has a property in his own person.” Other philosophers have proposed a different angle, which Stephen Munzer summed up in the phrase “persons do not own their own bodies but […] they do have limited property rights in them.”

Petrini immediately begins exploring the reach of those “limited property rights” because his focus, writing for the biomedical community, is to reveal the teachings of the law arising from the outer edges of biomedical research. At the outset, he also readily acknowledges that the “management of biological material (cells and tissues) requires a number of considerations, including technical–scientific, organizational, ethical, and legal.” For this writing, I note that his research is equally useful for a data science use case, and the question of how far property law might go arising from one’s digital identity.

Petrini reviews legal disputes from Australia and England involving the claimed property rights associated with body parts. However, each legal dispute derived from the body parts of a deceased corpse. In the England case, the court observed:

We return to the first question, that is to say whether or not a corpse or part of a corpse is property. We accept that, however questionable the historical origins of the principle, it has now been the common law for 150 years at least that neither a corpse, nor parts of a corpse, are in themselves and without more capable of being property protected by rights.

[However, b]ecause the parts had been the object of “skilled work” of a previous generation of surgeons, they could be considered the property of the Royal College of Surgeons.[1]

The English court adopted the reasoning of a 1908 Australian case[2], which involved scientific research, in a laboratory, regarding a two-headed fetus. The Australian court had observed that the research conducted had been “the lawful exercise of work or skill so […] that it has acquired some attributes differentiating it from a mere corpse awaiting burial.” In other words, whereas a corpse can never be property under the law, both courts were willing to extend a property right onto body parts which had been subjected to a lawful use of skill, and in such a manner that the body part could no longer be considered a corpse or part of a corpse.

Finally, Petrini cites to AB and Others v Leeds Teaching Hospital NHS Trust[3], which concerned the preservation of organs, and in which the English High Court declared in 2004:

In my judgement the principle that part of a body may acquire the character of property which can be the subject of rights of possession and ownership is now part of our law.[4]

Ending his survey of jurisprudence on the question of property rights arising from body parts, Petrini concludes:

It is generally recognized that once the biological material has been removed from the donor, the recipient acquires the right to possession and use, regardless of whether he or she is also the owner. In the event the recipient has also processed the material in some way, he or she acquires an additional series of rights, including, at least in some cases, a right of ownership.[5]

The foremost point to draw from Petrini’s analysis is that human body parts, which are indelibly linked with one’s identity, have indeed been viewed and treated within a property right framework. But equally important is to contrast that Petrini’s research involved a third party’s claims concerning body parts, not the claims of a person seeking to recover ownership of his own identity. That is, the severed pinky claimant faces a relatively miniscule legal and ethical challenge to reclaim a facet of his humanity, than a medical researcher dealing with a body part from a deceased organ donor. Indeed, Petrini points to the Universal Declaration of Human Rights at the outset of his article to draw upon the broad principles of humanity that form the foundation of certain human rights.

What is the Reach of Property Law Related to Data and Identity?

According to the court in Leeds Teaching Hospital NHS Trust, the test is whether an aspect of one’s identity “may acquire the character of property”. Some might argue that the focus of the court’s analysis was whether a body part could acquire the character of property, and that the court was not analyzing data. However, data derived from a person is less troubling when framed as a property issue than with a body part. Two examples of the unquestioned property protections afforded to personal data involve Name, Image, Likeness (NIL) rights, and the relentless trademark protective efforts surrounding Marilyn Monroe’s iconic digital images. Data is unquestionably property which can be protected under intellectual property law. Yet, digital identity is a broader idea. It involves all the data elements derived from human interaction with the Internet. Moreover, this data is incredibly invasive of one’s identity and privacy, as revealed in my earlier article when I addressed the U.S. Supreme Court’s recognition in Riley v. California[6] of the extensive amount of personal information contained on the ordinary smartphone. Digital identity is nevertheless data, and data is property. The only open question is how comprehensive one’s rights are to data concerning oneself?

The law around human rights is broad and encompasses digital identity. The Universal Declaration of Human Rights adopts a robust view of human rights which include the right of personality, the right of dignity, the right of immunity of the person, and several other protections that derive from an individual’s uniqueness as a human being. This universal authority provides the nexus between data and a person’s humanity. This nexus is also shown from the commodification of privacy data, human behavior tracking, and other personal identity features of data-centric Internet enterprises. As Scott McNealy infamously declared about the Internet: “You have zero privacy anyway. Get over it.” That is to say: the Internet already treats personal data as property, except that the ownership of it has been claimed by companies. 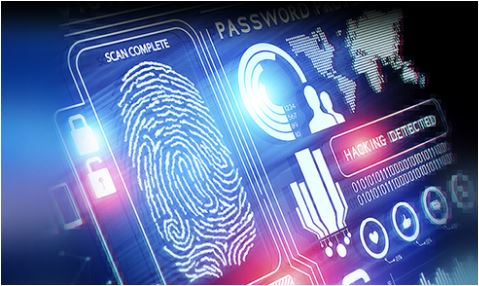 But It's my Property; I Own my Data and I Can Take Back my Digital Identity

Scott McNealy may have been largely correct on privacy grounds. But data undoubtedly “may acquire the character of property”. Indeed, data is property. NIL is undoubtedly property; but, so is tracking data, and other data captured from one’s interaction with Internet technologies. That’s because Big Tech monetizes individual data; and in so doing, it treats data acquired from the individual as a property it proceeds to monetize. Indeed, there is a sequel to the McNealy quote, which itself is a truism that demonstrates the point:

The current state of the Internet and the businesses that commoditize and profit off personal data is both disruptive to society and violative of human dignity. In the prior article, I introduced Digital Identity Sovereignty™, which is the notion and the practice of recovering individual data rights through property law. The premise of adopting property law to protect one’s Digital DNA is sound, as illustrated above. More work is needed around the framework and practice of Digital Identity Sovereignty™, to improve its foundation, to demonstrate Use Cases, to develop and incorporate technology, and to socialize it and encourage early adopters. But, when disputes around body parts have historically been redressed under property law, there should be no hesitation to adopt property law mechanisms to enforce one’s universal rights around digital identity.

The research, technology development and integration, professional practice methods, and Use Case experiences are being developed by a group of partnerships, including eosedge Legal, the CyberJurist Network, OnCall Cyber, CTIN, FBC, Sports-ISAO, Cyber Resilience Institute, and a growing list of collaborators, academics, and privacy advocates.