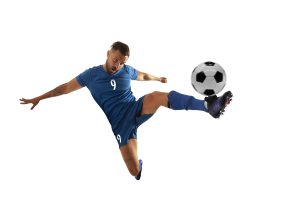 The U.S. Soccer Federation (USSF), is commonly referred to as U.S. Soccer.  It is a nonprofit entity and is the official governing body of the sport of soccer in the U.S.

Headquartered in Chicago, the federation is a full member of FIFA and governs American soccer at the international, professional, and amateur levels, including: the men’s and women’s national teams, Major League Soccer, youth organizations, beach soccer, futsal, Paralympic and deaf national teams. U.S. Soccer sanctions referees and soccer tournaments for most soccer leagues in the United States. The U.S. Soccer Federation also administers and operates the U.S. Open Cup, SheBelieves Cup, and the Tournament of Nations.

The highest-level men’s professional soccer league in the U.S. is Major League Soccer (MLS). MLS began to play in 1996 with 10 teams and has grown to 27 teams (24 in the United States and 3 in Canada), with further expansion planned to 30 teams. MLS is currently the largest first division professional football league in the world. The MLS season runs from February to November, with the regular-season winner awarded the Supporters’ Shield and the post-season winner awarded the MLS Cup. With an average attendance of over 20,000 per game, MLS has the third-highest average attendance of any sports league in the U.S. after the National Football League (NFL) and Major League Baseball (MLB), and is the seventh-highest attended professional soccer league worldwide.[13] MLS uses franchised clubs similar to other major U.S. sports leagues, rather than the promotion and relegation model used for club football in other countries such as the United Kingdom. 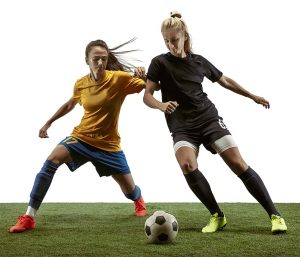 The first women’s professional soccer league in the U.S. formed after the success of the 1999 Women’s World Cup. The Women’s United Soccer Association (WUSA) ran from 2001 to 2003 and featured many of the World Cup stars, including Mia Hamm, Michelle Akers and Brandi Chastain. Its successor Women’s Professional Soccer (WPS) ran from 2009 to 2012. Currently, the National Women’s Soccer League (NWSL) is the top professional league in the country and was formed in 2012. The NWSL season runs from spring to early fall (typically April – October).